Market Maker Signals – Everything You Need to Know 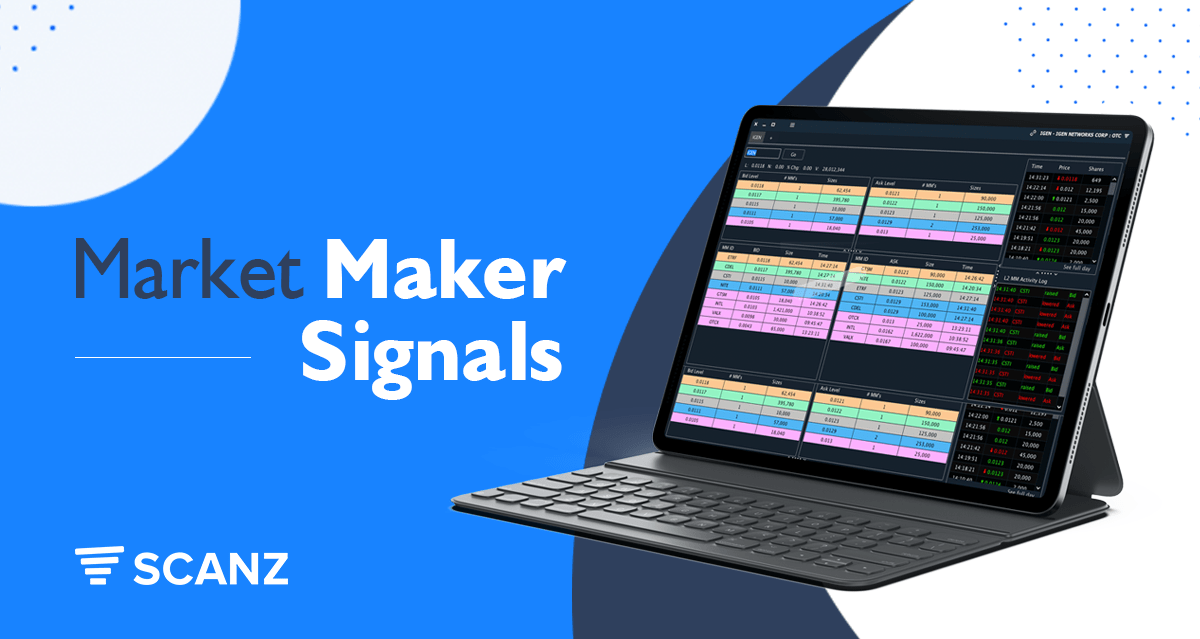 Market makers play a key role in facilitating the stock exchange as we know it, and play a particularly important role on over-the-counter markets where individual trades can be quite large. However, in facilitating trading, market makers can also have some unexpected impacts on the bid or ask price of a stock. In this article, we’ll cover the folklore of market maker signals and take a look at some real trading signals that are caused by market makers.

What is a Market Maker?

A market maker is typically a bank, brokerage, or another institutional investor that makes the market for a stock by buying or selling in response to orders. Thanks to market makers, you can buy and sell stocks even when there isn’t a corresponding seller or buyer lined up at the current market price.

Market makers are quoting bid and ask prices and the volumes of stock they’re willing to buy and sell at any given moment. Typically, they can buy and sell at least 100 shares in any trade, but share volumes can rise into the tens of thousands for larger trades. Market makers make their money on the spread between bid-ask prices, and can quickly make thousands of dollars from the spread for large trades or for stocks with high trading volumes.

Market maker signals are something of an urban legend among traders. Instant messaging among market makers about trades queued for execution is prohibited by the SEC to prevent insider trading. Market makers get around this – so the theory goes – by buying or selling shares of penny and micro-cap stocks in increments of several hundred shares at a time.

These signals are clear to other market makers because the value of shares being traded is less than the commission required to place the trade. Orders of several hundred shares of penny stocks likely aren’t coming from retail investors.

Still, take all of this with a grain of salt. There’s relatively little evidence that market maker signals are real.

Whether or not you believe in market maker signals, market makers can play games with the market in order to increase their own profits. The ripples that market makers cause to bid and ask prices are real, although they’re generally restricted to penny stocks and micro-caps.

One thing traders should pay attention to when trading penny stocks on over-the-counter markets is whether a single market maker is controlling most of the order flow. This is likely a sign that the market maker is filling a large order, and may artificially keep the bid or ask price consistent for most of the day by only buying or releasing shares at a certain price. The purpose of this for the market maker is that it allows them to successfully fill a large limit order.

In this case, the market maker is suppressing or inflating the price of a stock – right up until their large trade is nearly finished. Once the order does complete, prices can move sharply to respond to bid and ask prices from across the market for that stock.

Market makers can also “trick” the market by releasing an order that’s larger or smaller than the number of shares they really want to buy or sell. As an example, say a market maker puts out an order to sell 10,000 shares of a stock, but really has 100,000 shares to sell. In that case, they might be able to keep the price of the stock artificially high for most of the trade by not letting on that the market will soon be flooded with shares.

Along the same lines, market makers can artificially push prices around by entering fake orders. Say a market maker issues an order to buy 100,000 shares of a stock, but withdraws the order after only buying 10,000 shares. In that case, the market maker can temporarily move the price of the stock up and create a larger spread in the process.

Market maker signals may or may not be real, but that doesn’t mean that market makers can’t have an effect on prices in the penny stock and micro-cap markets. Still, it’s important not to be overly concerned with market making tactics that push the price of a stock around. By taking responsibility for your own trading and focusing on a profitable strategy, you can largely insulate yourself from any shenanigans that market makers can possibly cause.