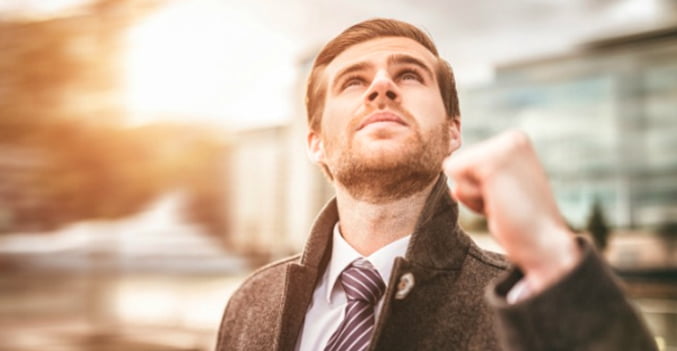 When you first start out as a trader, everything seems complicated. It’s the stock exchange floor scene from “Trading Places” come to life, with a flurry of activity as you try to make sense of words and phrases like “market order,” “limit order” and “market maker.”

Over time, though, you start to get the hang of things.

You learn to watch the charts. You monitor the pre-market movers. You train your eye to catch stocks making new highs or new lows. You learn the basic mechanics of trading and start to move into and out of positions with more ease.

And yet… you’re still not where you want to be. You’re still acting impulsively, and you still often mistime the setups you learned to spot from your favorite stock trading mentor(s).

I’d be hard-pressed to think of a skill that’s more important to your long-term success as an active trader than patience. But just because something is important doesn’t mean it’s easy to acquire…

Why You Need Patience as a Trader

Having built Equityfeed and spending the last 13 years involved in market data technology, I speak to a lot of new traders each day who want to trade that opening bell when the market comes roaring out of the gate – hoping a stock will jump immediately so that they can get in and out before anyone else is awake.

There are two issues with that kind of thinking. First, you aren’t the only one hoping to cash in early! Lots of people – across the globe – have the same thought, putting you at the potential disadvantage of having to fight off a tsunami of buyers or sellers. A lot of illogical and sometimes inexplicable things happen within the first 5 minutes of the open, so I would strongly recommend  to wait a few minutes for the market to settle before making your move. (Unless you’re specifically playing a Gap Up or Down from the previous day’s close….but that will be another blog post on it’s own!)

“I’d be hard-pressed to think of a skill that’s more important to your long-term success as a trader than patience.”

Being laser-focused on a particular time frame also limits your opportunities. Say a great opportunity pops up after lunch. If you’ve already signed off for the day, you’re going to lose out to the more patient traders who know how to wait and let the trades come to them.

As an example, check out the daily chart on ticker symbol OTIV below. This stock was the “flavor of the day” in pre-market, having put out early positive news. However, the markets opened down, leaving traders reluctant to jump in with buy orders and resulting in sideways movement for the first 4 hours of the trading day.

But hold on! In this case, you can see that at 1:45 pm, the stock started to behave the way we dreamed it would, skyrocketing steadily from $1.25 to a high of $1.75. In doing so, it crossed over its VWAP, giving a clear buy signal for the patient trader

Patient traders would have held off of early trading, but kept this as one to watch. By following the stock’s progress through the day, they would have been ready to pounce on this opportunity as soon as it presented itself.

How to Develop Patience

Unfortunately, most traders aren’t naturally patient people. The volatile nature of stock trading as an activity lends itself more to adrenaline-fueled, finger-on-the-trigger decisions, where a split-second hesitation can mean profits or losses of hundreds or thousands of dollars (or much more).

But the problem is, when you act in the heat of the moment, the odds that you’re making good decisions are pretty slim. If you truly want to become a great trader – not somebody who merely plays at stocks – you’ve got to learn to develop patience.

The most successful traders in the world didn’t get there by chance – they don’t just get lucky each and every time they make a trade. Instead, they’ve developed a series of trading rules that works for them and that they rigorously apply to every order they place with the utmost discipline.

But the thing is, it doesn’t matter what your rules are. If your plan is to invest in blue chips when they hit a certain P/E ratio because that’s proven successful for you in the past, that’s your set of rules.

Similarly, if you only ever want to go long on penny stocks whenever their run-ups suggest a new pump and dump, that’s fine too. As long as you have a set of rules that work for you and you feel comfortable, you’ll avoid many of the irrational decisions that can lead to big losses.

Now, I’m not going to lie… I’ve been guilty of breaking my own rules before (many times).

I’d listed my requirements and promised myself I wouldn’t trade outside of them – only to turn around and make a decision based on my gut instincts instead of my “follow the rules no matter what” approach. Almost each and every time it’s ended up biting me in the ass…and the wallet.

I won’t tell you which stock it was because it was many more than just one. But I will tell you that each time I sat by the computer, watching the chart movement – screaming out loud for it to reverse direction like I thought it would.

I lost money, and I still can’t claim to have mastered the art of discipline. It’s an expensive lesson when you don’t stick to your rules – but it’s one you’ve got to learn if you want to have long-term success as a patient, disciplined trader.

If you’re militant about sticking to your proven trading rules 100% of the time, you won’t have an issue letting your emotions get in the way.

But that said, it’s pretty rare to find traders who use their heads every single time.

Maybe you get enamored by the story a penny stock promoter sold you about an up-and-coming tech company that’s going to be the next Google. You break your rules – just this once – because you’re sure you’ve got the hot tip that’s going to make you millions.

Or maybe, you’ve done extensive research, the technical analysis setup looks solid and you just can’t believe that your stock pick isn’t trending the way you expected. You’re sure it’s going to reverse course soon, so you hold on – well past the point where you should have cut your losses and walked away. That’s the extreme opposite of discipline and without discipline you fail at trading. End of story. Period.

“It’s often better to make no trades at all than to make rash decisions in the heat of the moment.”

In these instances, you’re letting your heart get in the way of what your head knows better. Don’t be ashamed – it’s something that fouls up even the best traders from time to time.

But do learn to recognize when you’re acting on your emotions, rather than sticking closely to your established trading plan. If you detect a bit of hot-headedness coming on, step away from the computer. It’s often better to make no trades at all than to make rash decisions in the heat of the moment.

Once you know what you’re looking for and when you’re in the right mindset to trade, you can be patient with the moves you make. You can let a trade go by if it doesn’t meet your parameters – even if that means closing the day without taking a single position.

Don’t get frustrated if it takes you some time to develop a habit of patience. It’s a difficult skill for anybody to master (let alone stock traders), but the more you practice this important technique, the better ingrained it will become in your mindset – and the better able you’ll be to trade wisely and let the trades come to you.

Hopefully, you’ll join us on this journey of daytrader tidbits and insights. It’s totally free, and you don’t have to be an Equityfeed customer (though you’re more than welcome to sign up for a free trial here).

See you next week. Have something you want to learn more about? Let me know in the comments below or shoot me an email.

Are you a patient trader? Why or why not? Share your experiences by leaving a comment below!