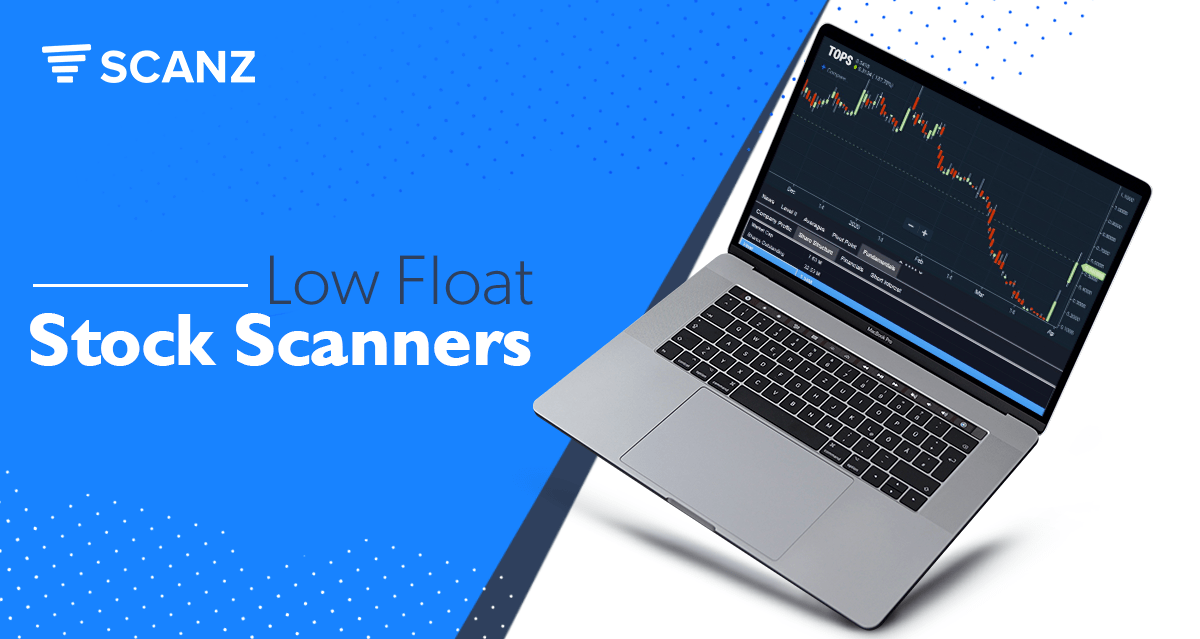 Traders who are willing to take on more risk in exchange for potentially greater profits can find a world of opportunities in low float stocks. Stocks with low float are extremely responsive to news, changes in demand, and market-wide trends. When traded correctly, they can offer opportunities for a quick profit.

In this guide, we’ll explain everything you need to know about what low float stocks are and why float matters to traders. We’ll also show you how to create a screener for low float stocks using Scanz.

What is a Company’s Float?

A company’s float is simply the number of shares that a company has that are available to the public for trading. That’s not the same as the total number of outstanding shares since a significant fraction of stock shares can be tied up by restrictions like lock-up periods.

Keep in mind that unless a company release more stock, the float won’t change. The stock that is privately held still counts towards the float, even if it’s not currently up for sale. Stock options also don’t count towards float, since these options give you the option to buy or sell shares that are already on the public market.

What Defines a Low Float?

In general, 15 million is a good approximation for how many shares a company can have available for trading before the stock is no longer considered low float.

What is the Significance of a Low Float?

Stocks with low float are interesting to traders because they can be extremely volatile. A stock’s price is essentially set by supply and demand. When supply is low, as it is for low float stocks, every small change in demand is magnified in the price. A small increase in demand for a low float company in response to good news can drive up the price dramatically.

But, that magnification cuts both ways. When demand declines, the price can drop precipitously. This volatility is a unique aspect of low float stocks. While it makes them risky, it also offers opportunities for traders to make significant profits quickly.

Along the same lines, low float stocks are prime candidates for short squeezes. In a stock with normal float, short-sellers can typically cover their positions and exit if the stock price starts to rise.

But when the float is low, short-sellers might find themselves in a position where they can’t easily cover their borrowed stock to close their position. In that case, they have to pay more just to buy the stock to cover their short, driving up the stock price even faster and further than would normally happen during a short squeeze. Thus, when a short squeeze occurs in a low float stock, volatility can be extreme.

To get started, you can screen for low float stocks using the Float filter under the Fundamentals menu:

That will give you a list of all the low float stocks on the major exchanges and over-the-counter markets right now. But, you can go further by adding additional parameters to look for potential trades.

One idea is to screen stocks based on trading volume, which allows you to see which low float stocks are “in play” for trading. You can set up a filter to look for stocks trading above their average daily volume, or simply look for stocks with several million shares trading hands – for a low float stock, that’s a significant percentage of the total number of shares available for trading.

Another idea is to look at the low float stocks making the biggest price moves on the day. You can do this simply by adding a filter for Percent Change:

Scanz also allows you to look for short squeezes. For this, you’ll use the parameters under the Short Interest filter set. You can use Days to Cover or Short % of Float to find stocks that are good candidates for a squeeze if the price rises. Or look for up-and-coming setups by searching for stocks that have seen a rise in short interest since the past month.

DAYS TO COVER is greater than or equal to VALUE 10

SHORT % OF FLOAT is greater than or equal to VALUE 50

Low float stocks offer opportunities for risk-tolerant traders to capitalize on volatility. These stocks magnify small changes in demand because of their supply. As a result, they’re prime targets for swing trades and short squeezes. With Scanz, you can use the Pro Scanner to not just find low float stocks, but screen for low float stocks that fit within the parameters of your trading strategy.